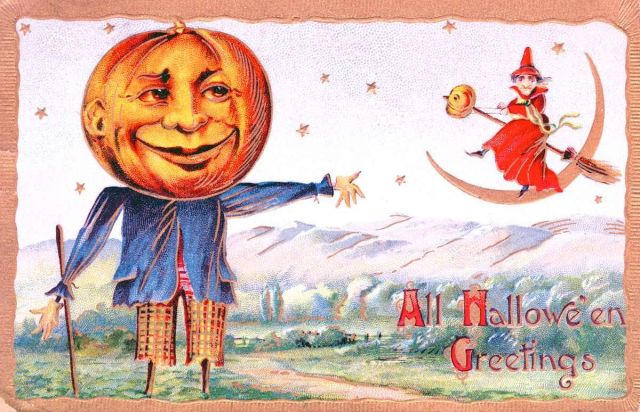 Did you know Halloween greeting cards reached such popularity in the early 1900s, they were rivaled only by Christmas and birthday cards?

Although the Halloween card concept was introduced in the 1890s, their popularity reached its peak between 1900 and 1915, eventually losing their dominance in the 30s when home telephones started becoming more commonplace.

Over 3,000 cards were produced during this time frame, many including witches, pumpkins, and goblins, with others depicting fortune telling and even romance.